Today is World Mental Health Day and a person who uses our services wanted to share their story with us, to highlight mental health.

Since I was a child, I have suffered with obsessive thoughts which got progressively worse in my teenage years. These thoughts would swirl around my head which I couldn’t cope with, so I resorted to self-harming as a way of releasing these obsessive thoughts out of me as I couldn’t talk to anyone. I was too scared and didn’t trust anyone enough for them to hear my darkest thoughts. I can remember having a designated toilet in school to self-harm in too.

My Eating Disorder also started at 15 where I got pleasure from not eating. I would not eat breakfast, or lunch in school and only having a bottle of Panda Pops coke and trying to skip meals in the evening.

At the age of 17, I was referred to mental health services where I was assessed and diagnosed with Emotionally Unstable Personality Disorder where I was put on medication. EUPD is a mental illness that can affect how you cope with life, manage relationships, and feel emotion. I  find that my beliefs and ways of dealing with day-to-day life are different from others. I find it difficult to change them. I  find my emotions confusing, tiring, and hard to control. This can be distressing for me and others. Because it is distressing, I find that I have developed other mental health problems like depression, OCD, Anorexia and Bulimia I also do other things such as drink heavily, use drugs, or self-harm.

In my early twenties, I was diagnosed with Anorexia and Bulimia as I went thorough a tough time with starving myself, binge eating, making myself sick and abusing laxatives. I hated my body and abused myself because these obsessive thoughts swirled around and around, not giving me a break.

I have attempted suicide on many occasions but have pulled through in the end which has resulted in spending time in a mental health unit. I also abused alcohol and had so many binges which would end in chaos. I also drank less in the grips of my eating disorder due to all the calories I would consume.

I attended a day in hospital for my eating disorder in the mental health unit and attended there for 2 years for supervised meals and group therapy.

In 2010 aged 24, my eating disorder was fading and I gained the weight I needed to get healthy but my alcohol binges came back with a vengeance.

I had just moved into a new area at 24 and became close to someone who I met in the mental health unit and we both used to drink heavily together in my flat. This lead me down a dark path of self – destruction.

While under the influence of alcohol, I often committed crimes which would lead me to often being arrested and attending court on multiple occasions. I also spent countless days and nights in and out of police cells, kicking and screaming to be let out too and also regretting being arrested having to face constant police interviews and having to face a judge in court.

In August 2011, I was in court crying in the dock when the judge had served with 16 weeks imprisonment which is where I served 2 months in Holloway Prison. When I was released from Prison, I had to attend court to be served with an anti – social behaviour order (ASBO for short). It would last 3 years.

I thought this would be my wake – up call but I relapsed soon after being released and my offending behaviour started again. I was always being arrested for breaching my ASBO and was back in court several times. I was sentenced 12 weeks suspended for 18 months with an alcohol and mental health treatment order.

Due to my anti-social behaviour, I was also at risk of being evicted and losing my property and action was being taken to start the eviction process which scared the hell out of me, so I decided to take my own action and sort myself out. I went cold turkey and poured all my alcohol down the kitchen sink too. It was a rough week but I got through it as I knew I had to go through with the withdrawals to get through to the other side.

I finished my own detox and lost touch with this friend I made and was stable for a year and a half with only a few minor lapses when in 2014, this friend I had came back into my life but this time was introduced to crack and heroin and found the feeling they gave me AMAZING and enjoyed that buzz by taking these drugs. Then another dark path to self-destruction started and this time even worse.

I was in a very dark place mentally and very unhappy with where I was living and was getting harassed and bullied on a daily basis. I was mentally, physically and financially abused by being manipulating me into doing things I didn’t want to do, people pretending to be my friend and abusing me and I got to a crisis point in 2017 where I couldn’t cope anymore and was standing over bridges wanting to jump and walking along motorways in a mess and the police detaining me on a section 136, 3 times in the space of 2 weeks. This is when people started to realise I was unwell and needed help.

Two guardian angels came into my life and I was really honest with what was going on. I can remember even going to see this person in my pyjamas when I was discharged from the mental health unit.

While they were supporting me, I took a very brave step in getting clean and sober to show how much I wanted recovery and I knew I had to sort myself out again so I did what I did the last time round and off I went cold turkey again pouring 8 cans of beer down the sink.

I’ll always remember the song ‘can’t stop the feeling’ by Justin Timberlake as I can remember listening to that song thinking that I couldn’t wait for my two guardian angels to see how well I was doing and have successfully detoxed myself of alcohol so everytime I hear that song now, I can remember that time of being in my bed with music on feeling excited to show people that I had detoxed myself.

These guardian angels helped me move to a new area and was so excited when this person came to my flat with an envelope with an offer of a new property. I successfully moved and I will always forever grateful for them for listening to me and helping me to get where I am now.

I attended ‘Breaking the Cycle’ with Synergy and I also started counselling with an amazing counsellor and I FINALLY spoke openly without judgement, my obsessive thoughts that has played me around my whole life. I completed counselling and will also be forever grateful to my counsellor and helped me understand that it’s OK to have these thoughts and I started to know how to handle them more.

In 2017, I was referred to Futures -In-Mind, an organisation that supports people with a mental illness and addiction issues and was allocated a befriender who I met on a weekly basis where we would go to the park or go for a coffee and a chat which really helped me interact with someone too.

DBT helps you understand your emotions and how to deal with times in distress. I learnt Radical Acceptance in accepting reality in situations, identified my emotions and using problem solving skills, opposite action as ways to deal with self – destructive urges.

I also learnt about making a pleasant events list to help you and have a crisis box with things that I like to feel or touch. Using Mindfulness techniques have also been useful to relax your mind. When my thoughts go down a dark path, I yell ‘STOP’ and try to get myself in the present moment whatever that is.

I did a year and a half of DBT which has been useful in staying in recovery. I still have these particular obsessive thoughts but I accept they are there and can deal with them so much better.

My advice to anyone suffering with a mental illness or addiction problems is to get clean and sober first, before you go into therapy. You then have a clear mind to actually deal with the root causes of your self-destructing behaviour.

I completed DBT and have now been in my flat and clean and sober for 4 and a half years. I still struggle sometimes and want to self-destruct with alcohol especially throughout this coronavirus pandemic but I have persevered and am still in recovery. Thinking of the consequences and the dark path it leads to helps me along a positive path in recovery.

Throughout the pandemic I was in touch with my befriender from Futures In Mind over the phone which I found really helpful. I started attending one of their ‘Welcome Cafes’ once restrictions eased and it was great to get out again and mix with people after being in lockdown.

Futures In Mind also developed an online timetable of online groups on Microsoft Teams and I attended and still attend a tea/coffee chat group where we would just chat and talk about what you have been up to or watching on telly. There were also other groups such as TV and movie recommendation and a quiz group. These groups were really helpful in making me feel less lonely and there was connection with people which was very helpful too.

I’m now happy, stable on my medication and attending college and volunteering, so if anyone can take something from my story is, RECOVERY IS DEFINELTY WORTH IT but it does take time and effort in therapy to get through to the other end of the tunnel which is where happiness and stability is.

To keep you all in the loop this festive season we would like you to know what groups are open and closed during Christmas. Butterflies and Colchester Welcome Cafe last groups in December will be 15th (Butterflies) and 16th (Welcome Cafe), before returning the week commencing 3rd January 2022.     We know that some […]

END_OF_DOCUMENT_TOKEN_TO_BE_REPLACED 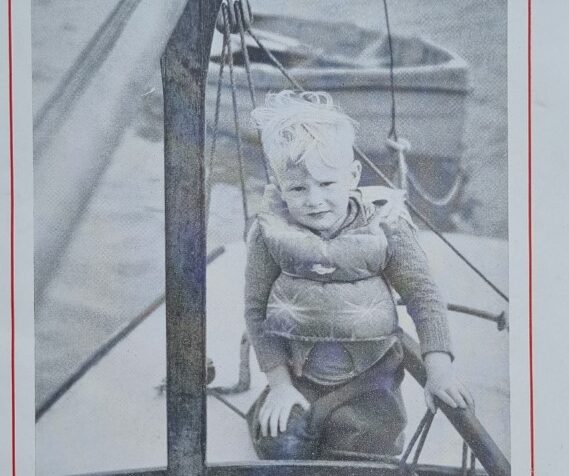 Voyage of Recovery – Resume of the adventure

Excellent Voyage! We arrived around 12am Sunday at Plymouth, met the skipper Mark and his aft watch then we were equipped with life jackets and wet weather gear. Then we loaded up two trolleys and headed for the marina to board the motor boat that took us out to the Donald Searle a 75 ft, […]